← back to
Whirlwind Recordings
Get fresh music recommendations delivered to your inbox every Friday.
We've updated our Terms of Use. You can review the changes here.

'Where the Moon Goes' - Official Video 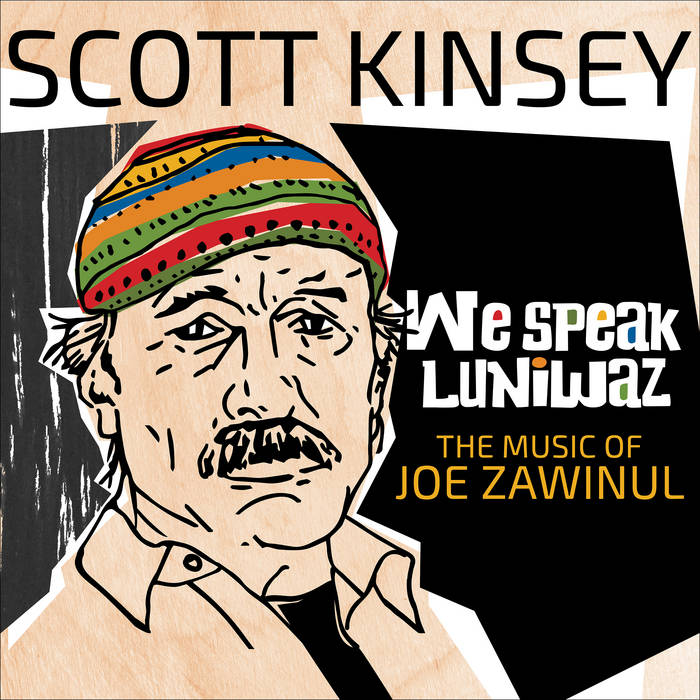 featurist_com I don't know what to say, I'm dazzled again. As always better and better music and sound, Scott is kicking our asses with some serious fusion again. I just love it. Thank you. I had to buy the whole album immediately. Petr Fink, Czech Republic Favorite track: The Harvest.

finalsky Scott is one of the best musicians ever! This album sounds great thanks to the great music by Zawinul, perfectly mastered by the stellar musicians in performing in the album. Favorite track: The Harvest.

Mbart The magical spirit of Joe back in town ... love Scott and that bunch of fenomenal musicians responsible for this great tribute ! Thanx guys !

“Scott Kinsey’s realization of these Weather Report tunes manages to not only pay tribute to the works of Zawinul and Shorter but also to mine the music for discoverable gold. His band plays the daylights out of these tunes. This album deserves your attention.”
— Peter Erskine

Widely known as one of the most skilled keyboard players of his generation, Scott Kinsey is also one of the foremost interpreters of Joe Zawinul’s rich musical legacy. As musical director of the Zawinul Legacy Band, Kinsey has delivered electrifying performances in celebration of Zawinul’s groundbreaking work with Weather Report and the Zawinul Syndicate.

“Zawinul’s music has been near and dear to me ever since the moment I first heard it,” Kinsey wrote in the liner notes. “My objective was to try to do justice to this material, more than anything as a little thank-you note to someone who certainly changed my life,” added Kinsey. “And someone who gave us all so much through his uncompromising and impossibly high musical standards. What Joe did was create his own personal language that was always in the moment and totally fresh! So with time, I also learned to speak Luniwaz, perhaps using my own personal dialect… I’m pretty sure he would have loved this record.”

A prolific composer and imaginative improviser, Kinsey has been the secret weapon in groups like Tribal Tech with Scott Henderson, Gary Willis and Kirk Covington (from 1992’s 'Illicit' to 2012’s 'X'), Human Element with Matthew Garrison, Tunçboyaciyan and drummer Gary Novak (2011’s self-titled debut and 2018’s 'You Are In You') and more recently the acclaimed ARC Trio, with Haslip and Borlai. As a leader, he has presided over 2006’s 'Kinesthetics' and 2016’s 'Near Life Experience,' as well as 'No Sleep' in 2018. Kinsey has also collaborated with the likes of Kurt Rosenwinkel, Alphonso Johnson, Robben Ford, Dennis Chambers, John McLaughlin, Peter Erskine, Bill Evans, Oz Noy, Tim Lefebvre, Thundercat, Flying Lotus and many others.

The legendary composer and producer Bob Belden said: “Scott Kinsey has taken the language of the synthesizer to the highest level in our modern times, as he is the first generation of keyboardists who developed electronically as opposed to the acoustic-centric classic piano model.” Kinsey continues to push the envelope in exhilarating ways on his outstanding new release, 'We Speak Luniwaz'.

“This album brings an added vitality, looseness and a multi-pronged power attack {to Zawinul’s music}… A natural extension of the great man’s work and language.”
UK Vibe

"Recaptures the spirit and energy of the revered Austrian keys king and his band Weather Report on a striking new album.”
Jazzwise Magazine

"Kinsey appropriates his [Zawinul's] music with great respect, while remaining true to the spirit of the 'great wizard of keyboards'"
Jazz à Babord

The band sound terrific, and Hadrien Feraud in particular continues to justify his place as the current holder of the Jaco mantle with his awesome speed, accuracy and creativity...The creative choices throughout are totally in keeping with the genre... Undoubtedly keeps the flame burning for his [Zawinul's] unique vision.
Jazz Views

"The album is true to the spirit of Zawinul’s music... The technical virtuosity of the musicians is something to behold."
Sandy Brown Jazz

"The unparalleled virtuosity is present, the brio, the elan, the Zawinul playfulness, remarkably Kinsey and company have pulled it off."
Bebop Spoken Here

"Kinsey presents a sequence of creatively arranged Zawinul gems, plus
a couple of original compositions, with a gifted core band."
Jazz Times

"A true labor of love from one of Zawinul's favorite musicians and one of his very good friends. Importantly, it doesn't preserve the pieces in amber. Scott has infused the material with current influences, elastic interpretations and collaborative energy unique to its performers."
Innerviews

Widely known as one of the most skilled keyboard players of his generation, he also one of the foremost interpreters of Joe Zawinul’s rich musical
legacy. As musical director of the Zawinul Legacy Band, Kinsey has delivered electrifying performances in celebration of Zawinul’s groundbreaking work with Weather Report and the Zawinul Syndicate. ... more

Bandcamp Daily  your guide to the world of Bandcamp